Love Is in the Air

Love Is in the Air

This is a story about the love I found, quite literally in the air- within the airline industry.

When I first met Angel in flight attendant training, I didn’t like him! We hit it off right away; It was his birthday, and I, too, was a Leo! He smiled a lot and was pleasing to my eyes. But he talked about how much fun he was having in training, and I was 4 weeks ahead, and struggling to keep up with all of the daily exams, drills, and a lead trainer who is proudly known for being tough on his students. “You just wait until week six!” I thought. After seeing Angel around a few more times during training, he asked me if he could add me on Facebook. I accepted, and 2 months later when I launched an Indiegogo campaign for a project to aide Kay Angel orphanage in Haiti, he stepped up and became the first contributor. His big heart caught my attention, and apparently I caught his, too. When he asked me to go dancing, I decided to go in the most casual-thinking fashion. Then he kissed me on the dance floor and my heart melted. We stayed up until 3 am talking about family, values and our plans for the future. We spent the next year traveling to more cities together than I can even count, starting a business, and I, for one, fell completely in love with his family.

Fast forward one year later: Angel is on his knee, asking me to spend the rest of my life with him. We quickly decided that a cruise would be right in sync with our lives, and would help us to minimize expenses, too. While we chose careers that fill our lives with extraordinary adventures and provides us with a work atmosphere where we truly fit in, it hardly pays in the first few years. So when I slipped into my Justin Alexander dream wedding dress and then saw the price tag, I cried. Normally I would have approached my dad for help, but he had recently been let go from the business where he had been employed for 30+ years. I knew that I would need to either let it go, or get creative.

But as I said, this is a love story about the airline- and by airline, I mean, my loyal, supportive, and stubborn flight attendant family who understood my story, and came together to make a difference in my life.  I searched, found and quickly entered myself into the Justin Alexander Love Is in the Air contest, which promised to provide a free dress from the 2015 Spring Collection to the contestant with the most number of votes. That same afternoon, I made a post within my company’s flight attendant Facebook group, explained my dilemma, and asked if they would rally with me to make my dream wedding come true.

What happened next was incredible. The contest, which had started on January 25th, had been going on for several days already when I jumped in. On the voting page, there were at least 20 couples’ photos and love stories before me. The first place couple had just under 400 votes. The Facebook group displayed an overwhelming response of love and support. “We’re going to get you that dress!”, one of them commented. “Flight attendants rule!” another posted. I was bumped up higher and higher, passing up couples with every hour… soon enough I was bumped into 5th place. Then 4th. Then 3rd!!! I thanked my crew family and liked every post. My sister-to-be and I became obsessive, checking the voting page every few minutes! Our adrenaline soared through the roof, and I couldn’t stop dancing, even if I was trying to hide it. All I could think about was how many votes I was quickly gaining, and how it was completely in thanks to the community of flight attendants, who decided collectively that my win would be their win. I was in first place by midnight.

It didn’t stop there, and I know that it won’t stop until February 25th, when the contest closes. Because flight attendants are unstoppable. They go and go, always giving, moving forward, and always with a smile. And please understand, this is not meant to discredit my family and friends who voted with every opportunity, and shared my story with everyone they know; I am incredibly thankful for each and every vote thus far. It’s just that my flight attendant family’s composed of over 7,000 people, including those who have never even shared a plane with me, or who have even met me at all. I even received support from people via flight attendants I’ve never met (Shout out to the Bird People, and Maureen’s boyfriend!). It overwhelms me with emotion in the same way that I feel when I see someone holding up a FREE HUGS sign, ready to embrace the next stranger with a great big dose of love- except, I am not a stranger. I am just another one of them, and my winning this contest means that flight attendants have joined together to conquer one more battle.

I know this battle isn’t conquered yet (and by the way, did you vote today?), but it sure is a sweet reminder to guard my faith in others. “This feels like one giant group hug”, one of the flight attendants commented a couple of days ago. As for me, my heart is so full, and I just feel incredibly lucky to be at the center of this hug. 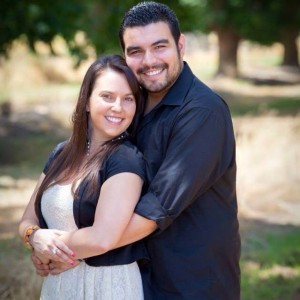 Please vote for me, and share the following link! http://goo.gl/2WambF

Tara Menendez
Tara has always had a passion for discovering new cultures, from convincing her mother to host a French exchange student in High School, to studying abroad twice, coordinating exchange programs at her university Study Abroad Center, to spending a month backpacking through Europe. She holds a Bachelor’s degree in French with a minor in Communications. A Returned Peace Corps Volunteer who lived in Cameroon, West Africa for two years, she looks forward to guiding you on some exciting adventures that will make the world a bit brighter! She’s also a travel writer/blogger at Eat.Love.Volunteer, business owner, property manager, wifey, mother, and humanitarian. Tara lives in Dallas Texas, where she’s happily married to the tech genius who built and maintains this beautiful website!
Previous postMiami Florida
Next postA Christmas Story