On this day, April 20th, many of you will first think of cannabis, some of you will think of Spring. But I will think of both of those things, when I think of Lauren Hoover. You may have seen her as a manager at Back Country Cannabis Club on High Profits, a docu-series about the cannabis industry. Her happy, upbeat, yogi spirit made everyone think twice before labeling cannabis users as lazy or glued to the couch. On an average morning, Lauren would get up early to snowboard, run 12 miles and do yoga before working an evening shift at BCC. But more than that, she was a light to everyone she met- and to some she had never met, too. 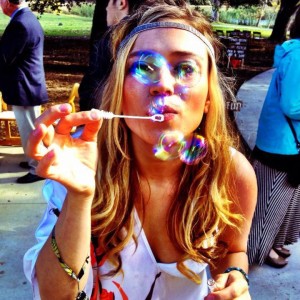 With a slight obsession for the show and a trip to Breckenridge in early March, I learned that Lauren was unconscious after a head-on collision during her commute to work, on an icy morning on March 2, according to her sister’s GoFundMe. I was upset, and feeling an overwhelming injustice that good people who take care of themselves and who are kind to others have to face such horrible trauma and suffering at 26-years-old. So I thought good thoughts at her, meditated on her recovery, and snooped on her social media pages. I picked up her core message, allowed it to resonate in my life, and shared it. Love and light. 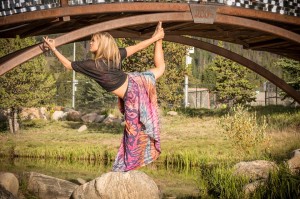 Her laugh was contagious. She provided free Funky Buddha Fitness in the park. Her love for life was infectious. She was known for leaving love notes for people she worked with, such as: “Have a wonderful day. The sun’s shining so enjoy the hell out of it”. She had a fiance of 6 years. Her Facebook timeline’s abundant with messages that are inspiring, uplifting and love-filled. In one post she wrote,”And if you forget that you are beautiful… Remember that everything beautiful in the universe resides within you. You are a reflection of light and even stardust lies in your very DNA.” 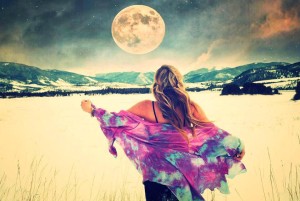 Now Lauren resides within the universe and the stardust. She passed away on March 23rd, after fighting for her life for 3 weeks. I’m sad that I never even had the opportunity to be Lauren’s friend, but she would have been my friend, taking mouth open selfies because it means you’re having more fun and all. The world seems a little colder with her gone. She made each day count, and I am ever so reminded to enjoy the present moment. Because life is short, and every day could be your last. You may have had your last day on earth, but I intend to carry on your message, Lauren. I’m going to enjoy the hell out of sunshine, and remind others to do the same. Love and light always. Tara Menendez
Tara has always had a passion for discovering new cultures, from convincing her mother to host a French exchange student in High School, to studying abroad twice, coordinating exchange programs at her university Study Abroad Center, to spending a month backpacking through Europe. She holds a Bachelor’s degree in French with a minor in Communications. A Returned Peace Corps Volunteer who lived in Cameroon, West Africa for two years, she looks forward to guiding you on some exciting adventures that will make the world a bit brighter! She’s also a travel writer/blogger at Eat.Love.Volunteer, business owner, property manager, wifey, mother, and humanitarian. Tara lives in Dallas Texas, where she’s happily married to the tech genius who built and maintains this beautiful website!
Previous postCrew Travelers Grand Canyon Biking Adventure 2016
Next postKindness is Beauty.